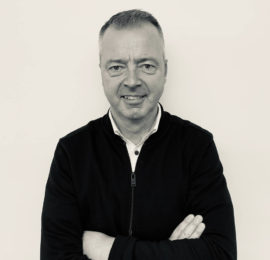 Director
John is a resolute and detail-oriented leader which brings exceptional value to his client’s projects. John is equally comfortable arranging multi-site deliveries as he is managing on invoicing and client relationships. John doesn’t need titles for his fulfilment. His enjoyment comes from seeing a quality project delivered all the way from quotation through to completion.

John has 35 years’ experience in the furniture and logistics industry. All of John’s clients – as well as the team here at Heartwood - benefit from his experience, knowledge and ability to turn complex projects in to bite-sized achievable chunks.

The true extent of John’s abilities came to the fore on a recent multiphase project which required a coordinated approach between Heartwood, various other on-site companies and the Main Contractor. Key issues involved deliveries, available areas for install and management of multiple moving contingencies. John had to facilitate all of this on the back-end whilst enabling compliance on the front-end. John broke the install project up in to numerous achievable phases alongside the Main Contractors project team and delivered a 450 workstation and associated installs project on-time, on-budget to the delight of the customer. 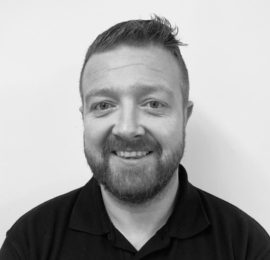 Mark and John are an excellent partnership. Mark is a realist who brings a host of on-site installation and project management experience to the delivery side of the Heartwood team. If Mark tells you it will be done, he is certain of it and is staking his reputation on his statement. Over the past 13 years, Mark has honed his trade at the cutting edge of some of the UK’s largest installation and move projects. Mark is one of a select few tradesmen in the UK who can handle 1000 workstation installs, 1000 staff move projects, or – equally – both at the same time. That doesn’t mean he only likes the big ones, though, having worked on everything from a single desk through to 2000 headcount sites.

Mark has extensive experience working alongside some of the UK’s leading names in furniture and project management. It stands testament to Mark’s abilities that in rooms full of office furniture’s leading lights, Mark’s opinion on achievability, phasing, on-site management, and delivery are always respected.
Key Projects

Major E-commerce Office Furniture Install
Comprising 450 workstations and associated furniture, Mark managed and delivered a program which was subject to sudden fluctuations, on-site issues and delays over three separate 2-week phasings. In doing so, Mark’s team became the only contractor who kept strictly to their issued program – with no revision. Mark managed the on-site tasks so well, allied to John’s planning exercises, that the install tasks were finished an incredible three months prior to the building achieving Practical Completion. This was achieved by working in designated ‘safe areas’ barriered off from the surrounding and ongoing construction works. Mark focuses on achieving the achievable and ‘keeping things ticking over nicely’, as he says. It has always served him well.

Community Learning Campus
This Campus was a three into one new-build project, whereby three independent learning institutions opt to share a single facility. These are problematic not as a result of the volume, but that three separate visions, needs, wants and aspirations exist which must be managed together.
With Mark on-board, the Campus became a three into one without a snag list. Mark meticulously planned delivery alongside the works of the other contractors, ensuring we had a voice on-site and move delivery was at the forefront of the minds of all parties. As he said numerous times during planning meetings, ‘there’s no point in having a brilliant building with nothing in it’. The headteacher of one of the constituent schools, Mrs Dorrian, wrote to us after the project noting, ‘I greatly appreciated the professionalism and sheer hard work of Mark. We had full confidence in the job he was doing. Although moving will always be a stressful time, there is no doubt that working with Mark made it so much easier’.

Heartwood Installations operatives commence their employment by undergoing a standard induction process. However, thereafter we take great pride in developing every individual who works under our banner.

As part of our initial induction, each employee goes through a security vetting process involving tests on language, numeracy and literacy. This ensures that our staff can communicate well in any situation which may arise on-site. We then focus on manual handling training, each member of the team is trained to become an effective material handler so that they can porter and labour on any job. Thereafter, our operatives undergo the CSCS Touchscreen Test delivered through CITB and complete classroom based IOSH Health and Safety Awareness training.

Operatives who demonstrate positivity, productivity and an aptitude for our line of work are placed on a further education programme. Some demonstrate an aptitude for office furniture fitting, others for IT installation or wish advancement to an on-site supervision role. These candidates undertake Site Supervisor (SSSTS) training or skilled worker training (Blue CSCS cardholders).  We also have Gold CSCS cardholders who are at supervisory level having proven that they can manage a team carrying out on site works and have been assessed and accredited by our training provider.

Practical training is an integral part of our programme and takes place across a broad range of products, where our operatives build, strip and then rebuild a range of office furniture under the watchful eye of our in-house trainers. This includes bench system desking, height adjustable desks, meeting booths & pods, meeting and board-room tables, integrated interlocking components such as grid shelving, cabinets and credenzas, huddle pods and everything in-between. Employees who wish to gain their forklift truck license or LGV2 driving licence are supported to develop their skill base in these areas.

Each Heartwood employee, office or site-based, undergoes a classroom training session on Customer Care. Heartwood make it abundantly clear to our operatives what customers expect from a professional services organisation. Our staff will always be polite, helpful and friendly while maintaining excellent customer care levels.